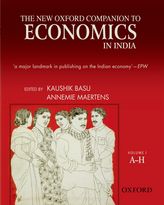 The New Oxford Companion to Economics in India (3 ed.)

...the G-20 is a major advance from the time when there was little communication, and much acrimony, between the G-8 and the G-77. At this stage the issue really is monitoring and assessing whether the general direction of G-20 member country policies is heading in a mutually consistent and agreed fashion over the medium to long term, and how the G-20 processes can help countries navigate their domestic legislative, regulatory, and judicial processes such that mutually agreed policies are adopted. It is important to bear in mind that commitments in the G-20 are... 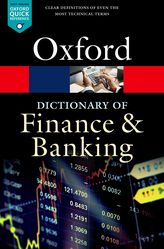 A sequence of autocovariances of a covariance stationary time series process as a function of the lag length.

Funds obtained by an organization from an outside source (e.g. by borrowing from a bank).

A tariff set at a rate so high that no trade in the good concerned can take place.

A discrete choice model in which the population regression function is based on the cumulative normal distribution function.

The provision to employees of rewards for the delivery of economic value (e.g. in the form of rising share value deriving from greater productivity).

The official par value in terms of gold of the currency of a country on the gold standard.

A project that starts from scratch, e.g. building a factory on a virgin site in the country.

The use of public statements by economic spokespersons (e.g. of the US Federal Reserve) to try to influence markets and the economy.

The annual payment received by an insurance company for an insurance policy after any charges (e.g. commission, brokerage, etc.) have been deducted.

The UK term for a foreign bank with a branch or subsidiary in the UK, usually in London.

An amount incurred as a charge in a given accounting period but not paid by the end of that period, e.g. the last quarter's electricity charge. See accruals concept.

An insurance risk the magnitude of which can be assessed because it has a direct natural cause, e.g. fire, theft, or disaster caused by adverse weather.

A mixture of various financial instruments (e.g. euronotes, commercial paper) to support a short-term loan. Only part of the credit is usually offered, the balance being payable on notice.

A firm which operates two or more plants. These may be either branches or run by subsidiary companies.

The law states that 80 percent of the effects are achieved by 20 percent of the causes. Historically, the law originates from the observation made by the economist Vilfredo Pareto (1848–1923) that 80 ...

A partnership formed for an illegal purpose and therefore disallowed by law. A partnership of more than 20 partners is illegal, except in the case of certain professionals, e.g. accountants, ...

A form of taxation levied by a local government authority rather than by central government. It can take various forms, including a local sales tax, local income tax, a property tax (e.g. UK business ...