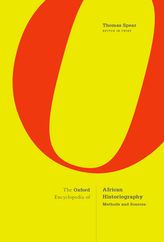 The Oxford Encyclopedia of African Historiography: Methods and Sources

...in the Maghrib in the 19th and early 20th Century Literary Forms and Historical Consciousness in the Maghrib Before European Ascendance in the Maghrib. Historical literary production in the Maghrib extends back to the 12th century ce ( 7th century ah ) and comprises a rich corpus including dynastic chronicles ( tarikh ), biographies ( tarajim ), and hagiographies ( manaqib / rijjal ). Before the rise of a positivist historical tradition in the 20th century , Maghribi historiography was modeled upon a narrative form associated with the...

[De]A term applied to a culture, region, or period in which pottery was not made, used, or traded on a regular basis. Instead, containers may have been made from leather, basketry, bark, gourds or ...

[CP]Upper Palaeolithic communities in south‐central Siberia in the period 20 000 to 10 000 years ago. Distinguished on the basis of their worked stone industries which includes wedge‐shaped ...

[Ar]A sacred stone, often in the form of a block trimmed into a conical shape. See also omphalos.

[Co]A small scoop or quarry‐pit from which clay, earth, or mud is taken, usually for building purposes.

[CP]A late Stone Age industry of southern and eastern Cape Province, South Africa, dating to the period 10 000 to 6000bc. Also known as the Oakhurst, this industry has few distinctive tool types ...

(pl. emporia)[De]A centre of commerce characterized by a wide range of goods, often from far afield.

[Ge]Increase in the atmospheric concentration of radiocarbon caused by the nuclear explosions of the mid 20th century ad and after.

[CP]Chronological subdivision of the Mississippian of the Eastern Woodlands of North America, dating to around ad 900.

[De]A depression left on a core, flake, or tool where another flake was driven off.

[MC]Contrivance for releasing the rush of water to enable a boat to proceed up or down stream.

[De]A low pedestal‐like ring formed on the base of a vessel to enable it to stand more securely.

[De]A burial in which the corpse has been deposited facing downwards into the ground. Compare supine burial.

[MC]A natural cave used as a charnel house for the multiple deposition and storage of human bones.

[Ge]The inheritance of property or titles through the male line only. Also known as patriliny or patrilineality.

[Ar]Obsolete term for a style of British late Neolithic pottery now referred to as grooved ware.

[De]A residential pattern based around a single main settlement rather than involving moving camp at regular intervals.