The Normans at Our Table 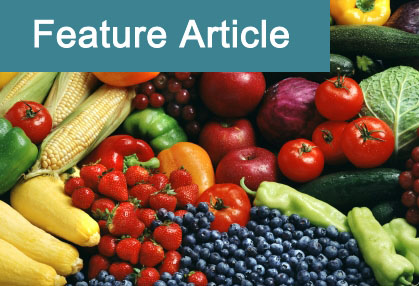 What did the Normans ever do for us? Left us some nice castles, I suppose, and the Domesday Book. But probably most people would agree that the most far-reaching and long-lasting effect of the events of 1066 was the permanent rerouting of the English language, and particularly of its vocabulary. Certainly the zealous gastronaut with an interest in words will sign up to that proposition.

Who is not familiar with the idea of England’s Norman conquerors bringing with them a refined gastronomic terminology which enabled them, and us, to distinguish the flesh of a dead animal prepared as food from its living relatives grazing in the field, something which the boorish and uncultivated Anglo-Saxons had been unable to do: beef, mutton, veal, pork, venison. Well, up to a point. To begin with, it’s a mistake to think of these words as being ferried across the English Channel in William the Conqueror’s ships in 1066; the earliest records we have for any of them are from the 13th century. Then again, the situation is far less straightforward than simple ‘live animal: native English’, ‘meat: French’. For many centuries several of these French imports were used for the live animal rather than its meat (mutton = ‘sheep’, pork = ‘pig’), and beef is still used in agricultural terminology to refer to a cow or bull being fattened up for slaughter (the plural is beefs or beeves). Nor does the ‘French for meat’ rule apply universally: lamb for ‘lamb meat’ is one hundred percent native English, as are the main poultry words (chicken, duck, goose – poultry itself came from Old French, but it can refer to both the birds and their meat). And it’s common to revert to the native word when referring to internal organs and other less glamorous parts of the animal used for food: beef, for instance, not ox heart, ox cheek, ox liver, oxtail, ox tongue, cowheel. Modern bureaucracy insists that we refer to mutton and lamb collectively as sheep meat. And a final point: as for the Anglo-Saxons being uncultivated or unsophisticated, they were anything but. French, for example, has no separate word for the meat of sheep, and no one has ever accused the French of being culinarily unsophisticated.

But anyway, these meat words represent only the tip of a pretty large iceberg as far as the French contribution to English culinary vocabulary in the Middle Ages is concerned. Naturally many have since disappeared. Sometimes that’s because the term has been superseded by a more recent one: succade, for example, for what we now call crystallized fruit. But more usually it’s because the thing they referred to has disappeared. You no longer see wardens around, for instance, or at least only of the traffic warden variety, but they were a hard variety of pear, roughly the pear equivalent of a cooking apple, and the word probably came from Anglo-Norman. Other examples of the phenomenon include amydon for a type of very fine flour, brewis for a sort of broth poured over pieces of bread, fraise for a sort of bacon pancake, manchet for a superior type of bread and mortrews for a thick soup made with pounded-up meat.

A lot of the terminology the Normans and their descendants gave us now forms part of the bedrock of English culinary vocabulary: where would we be now without bacon, biscuit, blancmange, bun, cabbage, cherry, cider, cream, custard, grape, gravy, jelly, lemon, lettuce, mushroom, mustard, olive, onion, orange, pastry, peach, pudding, rice, salad, sausage, soup, sugar, tart, vinegar? And all those essential herb and spice names: angelica, bay, chervil, chives, cinnamon, clove, lovage, mace, marjoram, parsley, saffron, sage, savory, sorrel, thyme – and indeed the words herb and spice themselves. These are all – and I could have made the list far longer – medieval acquisitions from French. Partly they represented a broadening of cultural horizons, encounters with foodstuffs from distant lands through vectors such as trade and military expeditions (the Crusades, for a notable example), for which French provided the last stage in transmission for a term originally from a more exotic linguistic source (Arabic lemon, saffron; Sanskrit orange, sugar). But in some instances they gradually took the place of pre-existing terms. The Anglo-Saxons, for example, called the onion cipe (they got it from Latin cepa, which also lies behind chives and the chip- of chipolata), but that was replaced in the Middle Ages by the French onion. Likewise Old English eleberge, literally ‘oil-berry’, gave way to olive, and cabbage gradually took the place of cawel (although it clung on in northern England and Scotland as kale, and we’re still reminded of it in cauliflower and coleslaw).

Not all these terms still mean what they originally meant, of course. Blancmange, for example, which until fairly recently was familiar as a milk-and-cornflour-based dessert, originally denoted a savoury dish containing pale-coloured ingredients, such as rice, almonds and chicken; and custard started out as a word for a sort of quiche (it was based on Old French crouste ‘crust’), and only later came to be applied to the cooked mixture of eggs and milk which the tart contained.