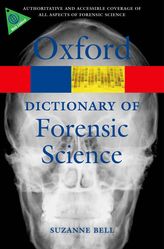 There are a few well-known forensic science pioneers, most of whom worked in Europe from the middle of the nineteenth to the middle of the twentieth century. Most famous is Edmund Locard, forever linked with the concept paraphrased as ‘every contact leaves a trace’. Mathieu Joseph Bonaventure Orfila, a Corsican who practised forensic toxicology in Paris, is referred to as the father of forensic toxicology. His role in the arsenic poisoning case of Marie LaFarge is considered to be one of the first in which modern science produced objective, clear, and incontrovertible evidence of murder. Sir Alec Jeffreys of the United Kingdom is considered to be the ‘father’ of modern DNA typing while an American, Dr Calvin Goddard, assumes that title for firearms analysis. However, if one were to ask who the father of forensic chemistry is, no names jump to mind, even amongst forensic chemists. This is a shame as there is one man who could rightfully claim that title, and his story is amongst the most fascinating in the history of forensic science.

If you were to search for the name Alfred Lucas (1867-1945), you would find him listed as an English Egyptologist. That he was, but archaeology was only part of his storied career. He wrote many books and papers but is probably best remembered for the text entitled Ancient Egyptian Materials and Industries (still in print as of 2011). He also wrote the first textbook on forensic chemistry which was published in 1921 and entitled simply Forensic Chemistry. Because of this text and all the study and casework it was built upon, Lucas deserves as much acclaim in forensic science as he has received in archaeology.

Lucas was trained as an analytical chemist and joined the Inland Revenue Laboratory in 1891. This laboratory was involved in different types of chemical analysis with a focus on public health and food testing. The laboratory also was tasked with determination of alcohol content in beverages for tax purposes. In 2013, using modern automated instrumentation such as gas chromatography, this is a simple and quick analysis. However, in Lucas’ time accurate results depended on the skill of the chemist, meticulous attention to detail, and long hours hovering over a laboratory bench. By all accounts, Lucas was a gifted laboratory scientist who was completely confident in extending those skills to many aspects of forensic science as well as archaeology.

In 1897, Lucas was diagnosed with tuberculosis which led him to Egypt where he worked in a series of chemical laboratory positions. One of these, with the Geological Survey Department, first exposed him to the ancient monuments near Cairo. His forensic career blossomed, starting in 1912 when he joined the newly formed Government Analytical Laboratories and Assay Office. He applied his knowledge to many legal cases, not just those that involved strictly chemical analyses. He developed expertise in questioned documents and handwriting analysis as well as in firearms evidence. For the time, this was not unusual; most forensic scientists worked in different areas and with a variety of types of evidence. He worked closely with the British military during World War I on forensic cases and was awarded the Order of the British Empire. He was also cured of tuberculosis during his early years in Egypt, a happy by-product of his time in the desert.

Lucas’ textbook was first published in 1921 and included chapters on expected topics such as fires (arson), hashish, poisons, and microscopy. Other chapters are less expected for a chemistry text and include blood stains, bullets, clothing, fingerprints, and tobacco. Lucas explains in the Introduction of the first edition:

Forensic chemistry, too, deals not only with purely chemical questions, such as the nature, composition, and quality of materials as determined by analysis, and the examination of articles for the presence or absence of particular substances such a poisons, but it is concerned also with questions which are only partly chemical, as for example the examination of blood stains, questioned documents, counterfeit coins, and textile fabrics, and the expert in forensic chemistry should be not only a capable analyst, but also an experienced microscopists and photographer.

Although the types of evidence have changed, this definition of forensic chemistry fits as well today as it did nearly a century ago.

Lucas retired in 1923 but continued to work in forensic science and increasingly in analysis of antiquities. Ancient Egyptian Materials and Industries was published in 1926, three years after his retirement. This book is considered to be one of the foundational texts in what has come to be called archaeometry, the application of scientific analysis to the characterization of antiquities. The parallels with forensic chemistry are remarkable; in many situations the fundamental difference between forensic chemistry and archaeological chemistry is the timeframe in which the item of interest, be it ancient painting or a blood stain, was created.

Lucas worked as a consulting chemist to the Egyptian Department of Antiquities for the remainder of his life and it was during this period that he became involved in the excavation of the Tomb of Tutankhamen. Howard Carter (1874-1939) asked Lucas to work with him to study and preserve artefacts recovered from the tomb. Lucas set up a lab close to the tomb and worked tirelessly at his appointed tasks which included documentation, cataloguing, analysis, preservation, and preparation for shipping – all tasks that apply equally well to forensic chemistry.

Lucas died travelling on a train in Egypt on December 9, 1945 at the age of 78. The New York Times referred to him as the lone survivor of the purported curse associated with the Tomb of Tutankhamen. In addition to beating the fabled curse, Lucas should be remembered as one of the pioneers of forensic science and forensic chemistry.