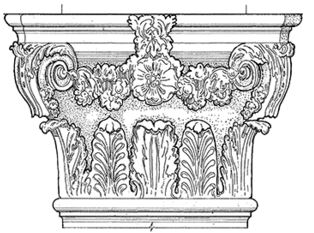 Architecture is one of the most fascinating and varied subjects deserving of the closest study. It is all around us; it contributes to the environment, urban or otherwise; and it has been around since the dawn of civilisation itself, yet it is largely ignored or misunderstood because visual literacy is not high on the educational agenda. Being able to understand architecture, to ‘read’ it, makes life infinitely more interesting: buildings that fail as architecture can contribute to indifference or hostility towards our surroundings even though many people cannot define why that should be so. Knowledge of architecture, therefore, can give life greater meaning and bring enjoyment, although exposure to bad or non-architecture can be disagreeable to the informed eye.

Six decades spent studying architecture (rather than what is too often miscalled by that word) and working with old buildings designed by competent architects and constructed by craftsmen using traditional materials and methods have driven home the unpleasant fact that modern architectural education does not equip students for any interventions at all concerning existing fabric, be it of individual historic structures or established urban patterns: a tabula rasa is assumed or made, for it has been the goal of many zealots not only to destroy all evidence of the past, but to ensure that nothing remains against which the products of today can be measured. Uninformed alterations to an old building can easily wreck it, destroy its character and historic integrity, and eliminate the very things that made it valuable: the evidence is there, on every side. ‘Conceptualisation’ is no substitute for the hard graft of understanding how old buildings are put together, and why they stand up and perform well.

Many contemporary architectural publications ignore traditional or other historic buildings, and individual outlandish constructions (mis-called ‘iconic’) are given massive publicity yet contexts are disregarded and damaged. Over-praised buildings, with their jagged forms, uncomfortable spaces, grotesquely impractical corners, the enormous expense incurred in their realisation, and their disregard for context, contribute to a widespread sense of unease, for no amount of ‘iconic’, high-status, outrageously wasteful buildings can create a street comparable with those in historic cities that are visited and admired by countless travellers. There is a vast legacy of fine architecture that survives (despite wars, wholesale destruction in the names of the weasel-words ‘urban renewal’ and ‘progress’, and following that which is momentarily fashionable), so there is a rich vocabulary and language that has evolved to describe that legacy, one in danger of being entirely forgotten and discarded. The Oxford Dictionary of Architecture attempts to record that vocabulary and language in an accessible form, because architects and architectural critics have become adept at fancy word-play, employing a kind of linguistic dance to justify ephemeral fashions devoid of meaning other than to make a lot of money for their creators. ‘Form Follows Finance’ is the regrettable slogan that springs to mind, so it is all the more essential to hold fast to the reality of thousands of years of architectural knowledge to inform future generations.

Terms, with an honourable vocabulary and language to describe elements of architecture and styles, are one thing, but biographies are a different matter. Judgements have to be made concerning who is to be included on grounds of importance, outputs, quality, and so on. Many personalities (no matter how unattractive) have entries because, by general consent, they are reckoned to be or to have been of significance for good or ill. The presence of a biography does not mean approval by the compiler: it is there because, in the author’s opinion, it has to be thus. Some may find fault with inclusions or omissions, length or brevity of entries, and, in some instances, failure to join in favourable paeans of praise as uncritical admiration, for fashions change: celebrated figures of today may quickly pass into obscurity tomorrow. In writing this Dictionary, efforts have been made to aim for a balance, and to include much that is unfamiliar today: active contemporary practitioners are not given individual entries because modern architectural offices are huge, and any attempted biographical entry is obsolete as soon as it is written, let alone committed to the printed page. However, there are now included many short biographies of architects and others associated with architecture who, like members of the Politburo ‘liquidated’ and removed from the records, were erased from most accounts purporting to be factual ‘histories’ because they did not fit into the seamless manufactured narrative invented to justify Modernism. That those non-persons made a great contribution to architecture, however, is clear to all but the most closed of minds, and their names have been recorded in an attempt to rectify unfair and unaccountable omissions, hence the inclusion of architects such as Blunden Shadbolt, Nugent Francis Cachemaille-Day, and Thomas Downes Wilmot Dearn, all of whom deserve recognition for different reasons.

Dictionaries, unlike Athena, do not spring, fully accoutred, from the sore heads of their begetters. They draw on numerous sources, many obscure. The Oxford Dictionary of Architecture includes architectural terms, styles, movements, and concise biographies, bearing in mind the views of Dr Johnson that ‘dictionaries are like watches; the worst is better than none, and the best cannot be expected to run quite true’. And although Ben Jonson approached the matter from another angle, describing a definition as ‘a mere term … invented to awe fools’, one-upmanship had no part in the genesis of a work that has taken many years to compile, and which could not have been possible without sixty years of close professional involvement in the world of architecture, not only as an academic, but in practice as well.

No compiler can please everyone, but this Dictionary is an attempt to provide as informative a resource as possible within the parameters set by Oxford University Press. Anybody familiar with historical research will realise that such a work can only be a staging-post on an endless journey, but it is hoped that it will be useful to all those genuinely interested in architecture and landscape-design.

Image: Borromini capital Variant as used by the Bastards at Blandford Forum, Dorset. From The Oxford Dictionary of Architecture (3 ed.)

Professor James Stevens Curl is the author of numerous scholarly and highly acclaimed books, including Classical Architecture (2003), The Egyptian Revival (2005), Victorian Architecture: Diversity & Invention (2007), Spas, Wells, & Pleasure-Gardens of London (2010), Georgian Architecture in the British Isles,1714-1830 (2011), and The Victorian Celebration of Death (2015). He has worked on the three manifestations (1999, 2006, 2015) of The Oxford Dictionary of Architecture since 1993.