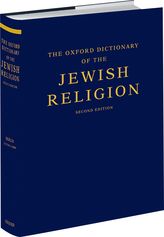 
Adele Berlin is Robert H. Smith Professor of Hebrew Bible at the University of Maryland and co-editor of the Jewish Study Bible. Dr. Berlin has published seven books as well as several volumes of Bible commentary and is a fellow of the American Academy of Jewish Research.

Maxine Grossman is Associate Professor of Jewish Studies at the University of Maryland.